New technologies and means of production

for each type of horticultural production.

The event is of promotionaly – informational character.

Addressed to the wider horticultural industry - producers of vegetables grown in the ground and under cover, growers, producers of berry plants, flowers and ornamental plants as well as for consultants, traders, etc.

Gardeners' Days are held regularly in Gołuchów near Kalisz.

The exhibition take place in direct neighbourhood with Czartoryski’s Castle.

Come and join us.

On 14 and 15 September 2018 took place the jubilee edition of the XXth  Gardeners’ Days –International Fairs. They were organised by Scientific and Technical Association of Engineers and Technicians of Agriculture, Wielkopolska Agricultural Advisory Centre in Poznan and Polish Gardeners Association. The fairs were visited by a few thousand people from all over the country as well as few delegations from Belarus, Czech Republic, Finland, Latvia and Ukraine. The fairs were of no commercial character with sales limited to specialists publications.

Everyone involved in gardening and plant growing could find a lot of new ideas, interesting solutions or additional information in many consultation points placed throughout the grounds as well as take part in faculty seminars.

Novelties like new types of open field vegetable growing or covered cultivations with better taste qualities, resistant to pest and diseases and in interesting shapes and colours generated a lot of interest. Among the newly presented products were plant protection formulas including biological ones, fertilisers and growth stimulators. This year gardeners were also introduced to the newest technologies and equipment starting with the greenhouse climate parameters controlled by a computer and finishing with agricultural machinery. Among the main attractions was the seven seater aeroplane with jet propulsion.
Food producers using covered cultivations were also interested in the savings coming from the second generation of energy saving “greenhouses” which can be installed on many hectares of land and designed by the Faculty of Agriculture and Landscaping Design of University Of Life Sciences in Poznan,. The calculations showed up to 80% heating energy savings thanks to the use of foam spread between the two layers of foil. Covered vegetable cultivation with the use of new types of star shaped pipes the so called “Walczak pipes” can bring even more savings. There was also a lot of interest in the plant watering and fertigation systems due to this year’s drought as well as cultivation of strawberries in the foil tunnel gutters presented by few companies. Numerous discussions with the horticulturists brought about interesting subjects. Many food growers for example stressed the significance of the use of silica and the “water of life” as having direct influence on the healthy plants growing and thus on human health.
A lot of gardeners and advisers benefited from advice offered in consultation points organised by The Horticulture Institute in Skierniewice, University of Life Sciences in Poznan, Plant Preservation Institute-PIB, Institute of Plant Physiology of the Polish Science Academy in Krakow and providing solutions for many complicated issues. Fairs visitors had a chance to take part in many specialised seminars on different subjects. People interested in participating in agricultural training in the USA as part of the Ohio University programme could apply for it in the consultation points. Additionally many gardeners and farmers visiting our exhibition could solve some of their issues at the stalls organised by The Agency for Restructuring and Modernisation of Agriculture (ARMA), National Centre of Agricultural Support and Wielkopolska Agricultural Advisory Centre in Poznan including Advisory Application EPSU-a tool promoting and supporting digital technology in Wielkopolska villages.

One of the main highlights of XXth Gardeners’ Days was the festive gala performance for this years winners of the “Exemplary Gardener “competition. The event took place in the Tapestry Chamber of the Goluchow Castle- Branch of National Museum in Poznan. The participants of the gala were all finalist farms chosen by the Competition Jury presided by Prof, Ph. D.  Andrzej Komosa.
The participants competed in the following categories :
The winners were awarded with bronze statuettes of  the “Exemplary Gardener” and certificates allowing them to use the logo. Additionally they were also presented with the cups founded by Jan Krzysztof Ardanowski,  Minister of Agriculture and Rural Development. The remaining participants received ornamental memorial plaques.
On Friday evening the Association of Tomato and Cucumber Covered Cultivation Producers together with the main sponsors of the fairs held a rounding up event thanking all the Jubilee XXth Gardeners’ Days organisers and decorated them with Merit Awards for Agriculture founded by the Minister of Agriculture and Rural Development.

The initiator as well as the Fairs Director Stanislaw Zabarski received an honorary bronze statuette and a congratulatory letter from Jan Krzysztof Ardanowski, Minister of Agriculture and Rural Development.

The organisers have also handed certificates of appreciation and thanks to all who supported the events and the “Exemplary Gardener” competition, to the sponsors and media and science representatives. 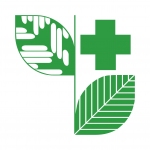